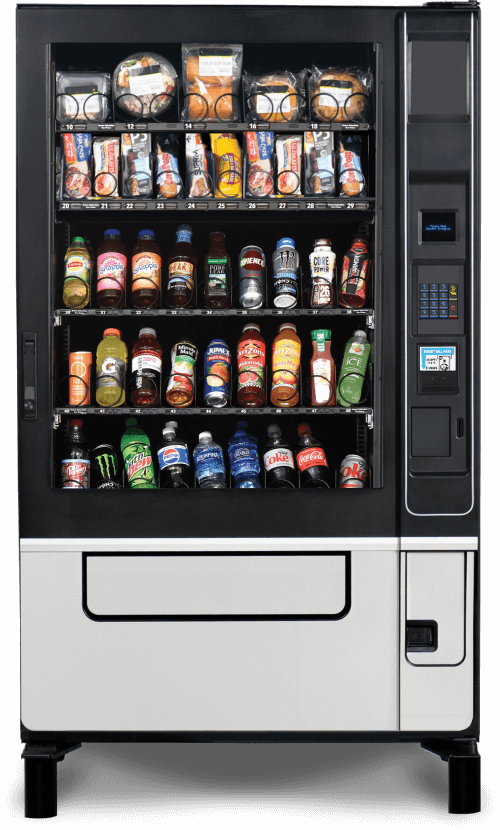 How Are Millennials Driving the Vending Industry? 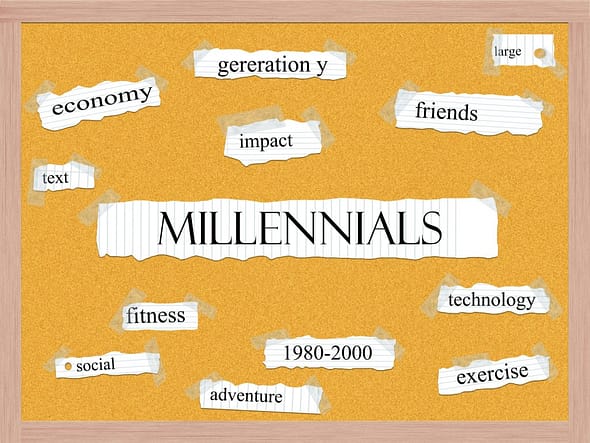 Millennials, those coming into adulthood in the year 2000 and after, are driving the market across many industries including housing, technology, marketing, and even vending machine industry trends. As this group reaches maturity and have more disposable income, everyone is taking notice of how to market and sell to this demographic.

What Do Millennials Look for in Snack Vending Machines?

How Does This Change the Vending Industry?

The technology that serves the millennial generation so well is also helping the vending industry cater to them. Market analysts are beginning to predict a customer’s future possible purchases based on their past purchases. This data will help vending machine owners group products in a single machine that will encourage larger or repeat purchases from the same customer.

The convenience provided by technology also benefits machine owners. As owners provide machines that have wireless connectivity to allow cashless purchases for their customers, owners find that the same connectivity allows them to check machine inventory remotely. By knowing the machine’s inventory ahead of time, owners save precious time and money in restocking efforts.

As the nation’s leading vending machine provider, Vending.com sells and services snack and drink vending machines across the United States. Contact us at 855-712-8781 to see how we can assist you with your vending business.

There’s No Stopping The Social Vending Revolution by Retailers

All-Star Prizes and the Cincinnati Reds

With baseball season officially in full swing, the Cincinnati Reds want to show appreciation to their fans, and a social media vending machine campaign was an excellent option. Users would line up at the vending machine, and the machine would generate a unique Twitter hashtag for @AllStarGame. The vending machine provider would then randomly select All-Star Prizes for different people using the corresponding unique hashtag.

Fans won a variety of prizes, which included autographed baseballs by players in the Hall of Fame, former All-Stars, and current Reds players. In fact, at least one person won tickets to the iconic All-Star Game in July 2015. 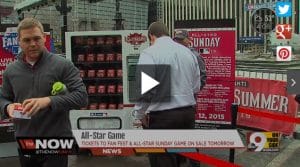 Another social media vending machine is spitting out free t-shirts as a promotional product for a coming New Balance store.  However, some people were skeptical as to if the machine even had any t-shirts at all. Upon reading the Instagram post of one concerned follower, New Balance Philly advised people to try to get to the machine early since it is refilled every morning.

In addition to a free shirt, the Philly New Balance vending machine campaign promises to send out a gift card, valued between $10 and $500, to anyone who happens to score one of the free shirts. The shirts boast white lettering among a red background, and #LoveNBPhilly sends out the message of hitting up the vending machine. 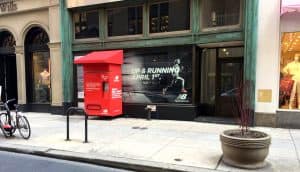 More businesses are looking to increase their profits, and the vast inter-connectedness of social media offers an excellent outlet for combining vending machines and social media. By promoting events, products or services, a vending machine manufacturer can enhance an organization’s image without expensive marketing campaigns. Candy bars and sodas won’t be the only things in a vending machine for sale anymore; the selections will be amazing prizes, free gifts, and opportunities for once-in-a-lifetime events. 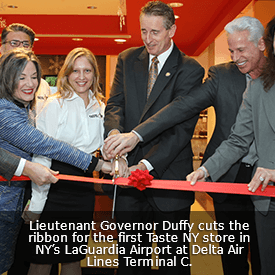 Governor Cuomo is hoping that in addition to promoting healthy New York vending machine snacking habits, the Taste NY program will support and broaden the audience from some of the state’s finest food producers. According to the Governor, “The Taste NY Program is continuing to raise the profile of many of our world-class brands, and I encourage all New Yorkers – whether at the State Fair this week or on a drive across the state this fall – to be on the lookout for these tremendous products.”

These vending machines will offer more than unique snacks to weary travelers. According to John Murn, Vice President of the New York State Vending Machine Association, “These state-of-the-art machines will feature a rotating selection of food and beverages that represent the diversity and creativity from producers across the State. Highlights from these machines will include video clips from New York-based companies as well as Taste NY videos.”

Proceeds from the healthy vending machines will be used to support the efforts of the Food Bank of Central New York which provides food for over 11 million meals each year to the state’s residents.

The Taste NY snack vending machines will highlight a rotation of products from the larger Taste NY program. More information on the initiative is available at taste.ny.gov. 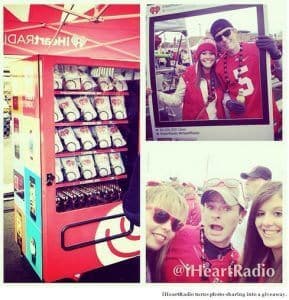 Ever thought of promoting a brand by offering merchandise in exchange for social media exposure? That’s exactly what’s happening on an iHeartRadio tour featuring a t-shirt vending company that accepts Instagram photos as payment for merchandise.

The marketing campaign is targeting college students by setting up these vending machines at the Universities they visit throughout the Midwest and South.

How does it work?

The days of setting up tables and tents and giving away pens and magnets to promote brands are over. Instead of trying to lure consumers to temporary tents and trying to unload free stuff, vending machine companies have really come up with a genius marketing campaign that attracts consumers directly to the vending machine like magnets and then gets them to interact and spread their message.

The idea of interacting with the vending machine using social media is truly novel. And although the merchandise is essentially free, the consumer has to put some effort in, but the effort is something fun, something he or she likes to do anyway, whether or not they get a free pair of sunglasses.

This is a fun way for people to share photos, which is something they like to do anyway, and then receive something free in return. The benefit for brands that participate in this campaign is also quite significant. After all, who wouldn’t brag about getting a t-shirt, sunglasses or keychain just for sharing a photo? This creates an interactive buzz about products and brands that will reach much further than any type of traditional advertisement or television commercial.

So are vending machines that exchange swag for Instagram photos the wave of the future? Time will tell, but there are few who would turn down this easy way to score some free stuff!

How to Get a Vending License 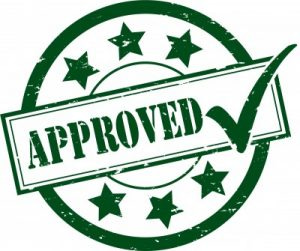 where you live. Knowing how to get a vending license or permit and how much it costs are details to check into before you purchase machines so that you have them established before installation.

The Small Business Administration has a directory where you can find your state’s webpage for license requirements. If you are are unable to find the answer on your state’s site, call a local office of the SBA. Someone there will most likely be able to help you find the proper forms and information.

Having licensing and permitting in order before you install machines can save you expensive downtime or even fines later on. Licenses for drink vending machines and other types are generally inexpensive. In Alabama, for instance, the fee for a license is only $75 per year for a vending business that has revenue between $60,000 and $80,000. Other states have fees that are in the same range. Some do not require licensing at all.

Are you ready to start or expand your vending business? We have a vending machine for sale that fits your needs.

Vending.com brings together a multitude of vending expertise through our circle of services. Everything you need to start, grow, or manage your vending business is provided through our easy online access. We provide vending machine financing, services, vending industry news, technical repair, parts and much more. Vending.com is one of the companies under the Wittern Group umbrella. Whether you are an entrepreneur starting your own vending machine business or expanding your current business, Vending.com offers you a full-range of vending machines, financing, location assistance and other services to meet all of your vending needs. As a full-line vending sales company we provide customers nationwide with the right equipment for their client’s location. Our large selection of snack, soda machines, hot beverage, cold and frozen food and other quality vending machines can be configured and customized to fit any size location from small businesses to large factories. Let our network of vending machine companies go to work for you.